Before starting describing Day 3, some words about our hotel in Rethymnon, Pepi Studios.

We paid a bit less than 35 Euro for a twin room (no breakfast). It was a big room with a small balcony. 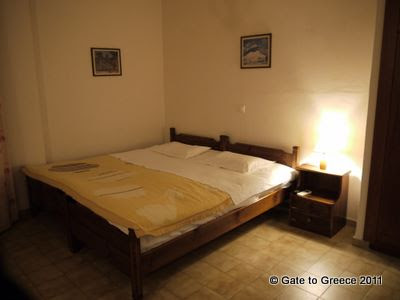 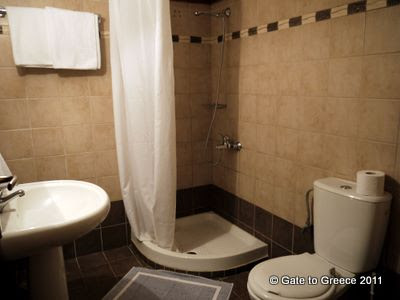 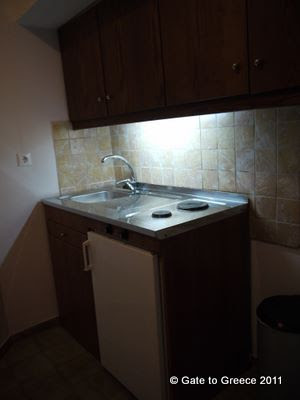 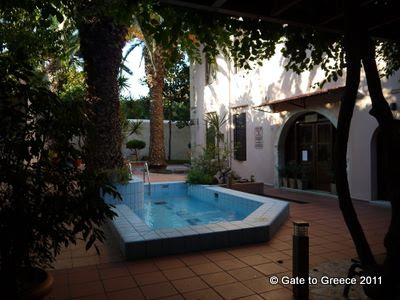 It was more like "domatia" (room letting) in the sense that there was not much of service. Things might be different in on-season. The room was very much all right, clean and large.

The location is really central. This, however, means that it is almost impossible to get close there by car. We had to park ours outside the center and to drag our suitcases for hundreds of meters. If you have suitcase with good wheels, it might be OK. But otherwise, it might be a problem.

Anyway, we were more than happy with the place for what we paid.

As the other days, it started with the search for breakfast. Pepi Studios do not have breakfast option. But there is a cafeteria (it is called itself "bistro", but curiously there was no bistro food at all) just outside the gate and it makes the most convenient option. 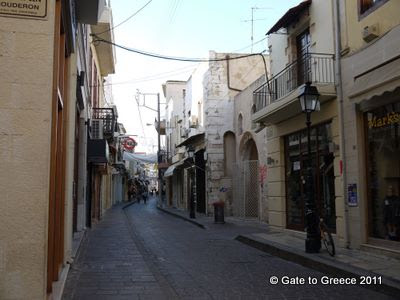 In Rethymnon there are many building like this one with a front extension of the upper floor. It is often wooden. 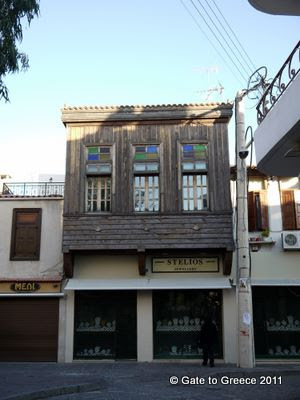 I started to observe buildings & architecture, but Hubby complained that he SHOULD have a coffee before doing anything else (such a person really should choose a hotel with breakfast service), so we headed for the cafeteria we stopped the day before.

The bakery-cafeteria was in front of the Loggia (where for some strange reasons, the Greek state sells ancient art replicas). 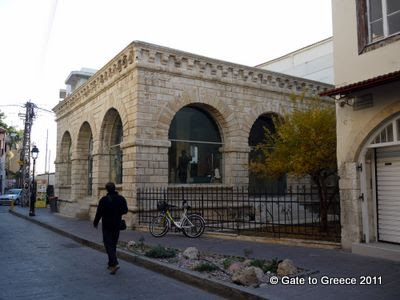 No photo from the breakfast. We had two cappuccinos and one huge chocolate croissant which, if it dit not in croissant shape, I would take it for toureki with chocolate.

By the way, yesterday's nice girl was replaced by a beardy man and the price of cappuccino jumped up 0.50 Euro overnight. From this and the other experiences, I had an impression that the Rethymnians tend to put an extra on the bills of tourists. I suggested Hubby that it might be one of the undesired influences from the Venetians who ruled Crete for long, but he did not take it.

After the breakfast we walked toward the harbour. 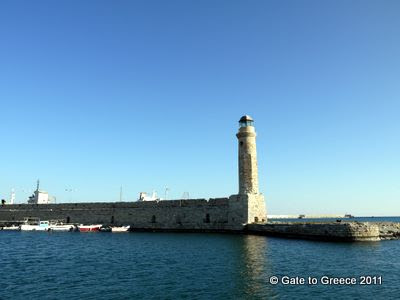 This is the Venetian harbour with all the shops closed. Could not imagine how it would be when all the shops are open in summer. Before coming to Crete, I read that in Rethymnon all along the sea is filled by restaurants and cafeterias. We saw only about 5 restaurants/cafeterias open along the long coastline of Rethymnon town. 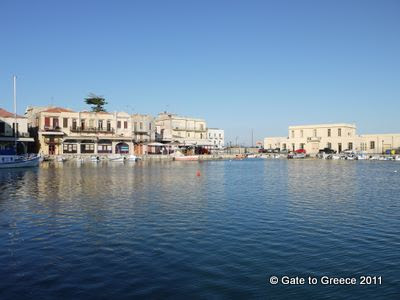 After a short walk in the town we went for a drive of the day. The first destination was Arkadi Monastery (Moni Arkadiou).

We drove making some random stops as usual. This is Church of Theotokos at Kyrianna. 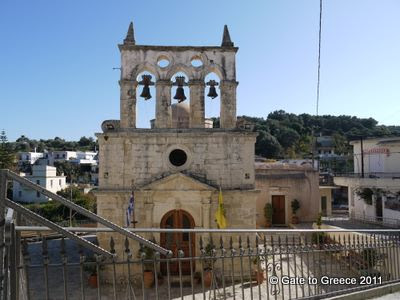 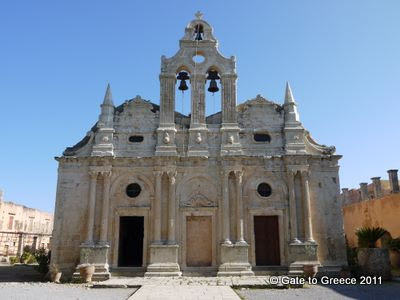 Even in the winter it is open 9-5, a rare found. It attracts tourists not only because it is beautiful but also because it was the place almost a thousands of Cretans "martyred" during the struggle of independence from the Ottoman Empire.

After the visit, we were stopped by an elderly woman who ran a souvenir shop with cafeteria just in front of the monastery. We bought 25 Euro worth of stuff and, when I gave her money, she declared that she closed the cash register in the winter and could not give me the receipt. So she cheats 23% of the shop's income from the state coffer. Although not that we were stolen any money in a direct way, I could not help feeling distressed in the current climate in Greece.

We stopped at a cafeteria in Nea Eleftherna to ask for the direction (actually we stopped for lunch, but we gave up the idea on seeing the most uninspiring menu ever) and only had coffee. The woman of the cafeteria told us it should be closed, but we decided to go on as we were already there. it was the right decision.

This is the tower of Eleftherna. It is really difficult to make out what it really were in the past, but the size was pretty impressive. The terrain also was intriguing, with strange grid like cutting on the rock. We went down also to see the reservoir which also was attractive (for those who like these sorts of things). 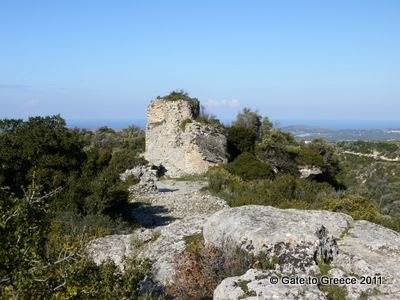 Then we went down toward the coast passing Margarites, pottery making village. There are MANY pottery shops but were all closed. Actually, there might well be some operating shops, especially if it was weekend, but it was also strange time of hour (after 3 o'clock).

Only thing we found open was the church which had this fresco. 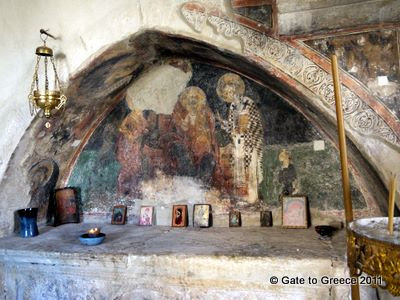 By the time we arrived at Rethymnon, we were hungry. At a souvlaki place we said to each other that we would have just one souvlaki (pita roll) and wait for dinner time. 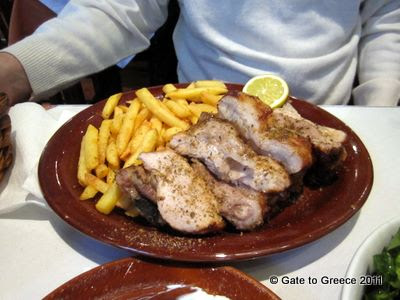 But Hubby betrayed me. When a waiter recommended grilled pork belly and roasted spicy chicken, he insisted we had to order both and that what he did.

The food was nice and price really cheap (two heaps of meat, one salad, tzatziki, 2 drinks less than 20 Euro), it was a shame that we could not try something more Cretan. Small eaters as we were, we were destined to skip dinner.

In the evening, we met up with our friend who now lives in Rethymno. Afterwards, we went to the hotel, watch TV and went to bed.