We visited Iodio in a inland part of Palaio Faliro one Friday evening.

Iodio is a gourmet fish/seafood restaurant near a shopping street of Eleftherios Venizelos. I go to the street to buy sports wears from time to time and have been aware that Iodio was there, but never had a chance to visit.

It is not directly facing to any major street, so you won't find it if you don't look for it. Well, Achilleos street is a major street, but after Eleftherios Venizelos, it becomes less frequented.

The place is not large, if not small. When 10 tables are occupied, you'd feel that it is almost full. There was only indoor space in the winter, but I guess they arrange tables outside in a better season.

We went there without reservation at 8 o'clock and found only 1 couple eating. Then, by 9 o'clock, I think there were 6 or 7 tables occupied.

After having taken our order, a waiter brought us a plate of rusks and olives, a basket of bread, and a bottle of water. 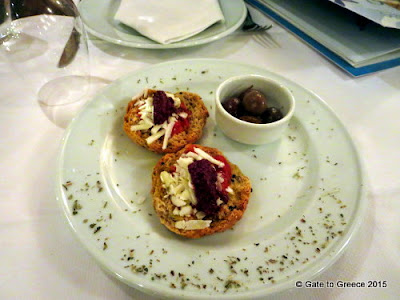 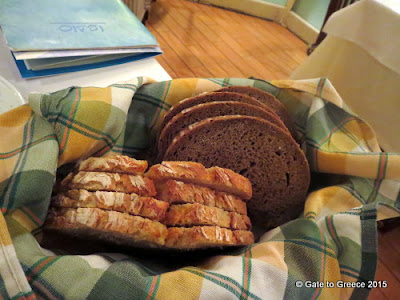 The cost of the above amount already to 6 Euro.

This is green salad. It costs 7.50 Euro, but the portion was generous. Pickled artichokes gave a nice accent. 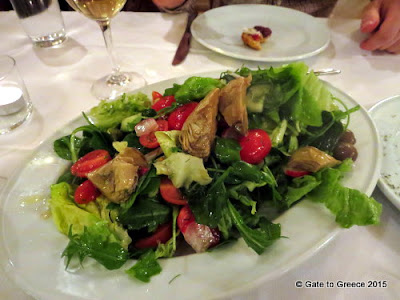 I wanted to order ceviche of scallops, but they did not have any on that day. The waiter recommended us to order a plate of marinated barbounia instead (9 Euro). I expected it to consist of fillets, but actually came chopped. Not bad, but I don't think barbounia is suitable fish to be eaten raw, because it smells. 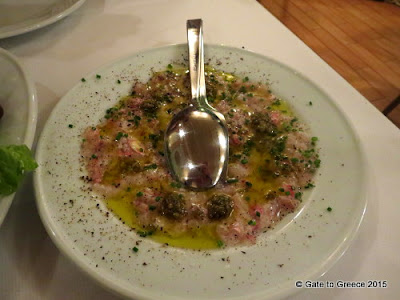 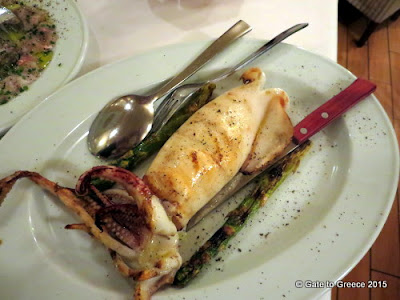 Here is a plate of grilled sardines (8.50 Euro). It was good, but probably you don't have to eat this at Iodio, as you can find the similar staff for much less in other fish tavernas (in my neighbourfood of Peiraiki, the price of grilled serdines is currently 5 or 6 Euro, if you are interested). 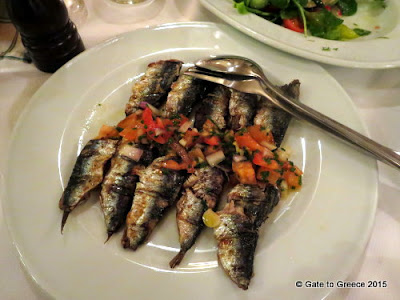 Fried potatoes (3.50 Euro) came toward the end of the meal. We were about to cancel it, because we did not want eat potatoes at the end of the meal. It was not because the waiter forgot about it, but evidently it took a while to heat the oil as we were ones of the first diners of that evening. I think they should have delayed other dishes, too, so that we could eat potatoes with the main courses. 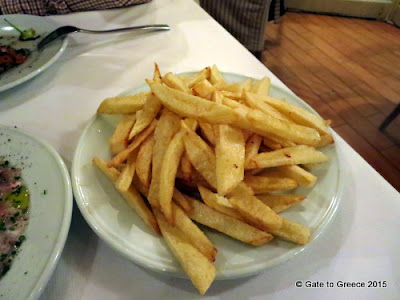 When we asked for the bill, they left us a bottle of mastiha liquor with it. It was drink as much as you like. Good service for those who like mastiha. I am not particularly a fan, but still a bit of sugar at the end of the meat is pleasant. 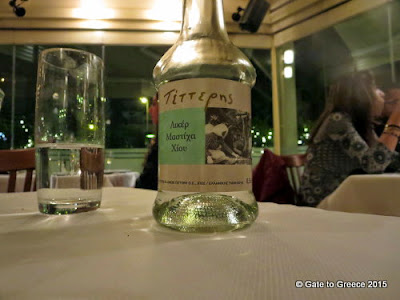 The total bill came to 49.50 Euro, including a half kilo of white wine, which was not in the photos. 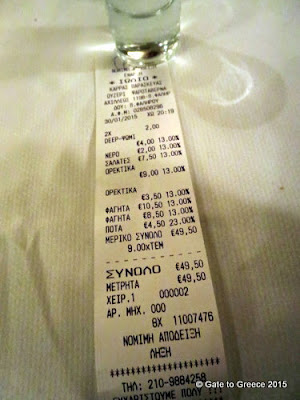 Not cheap, but not expensive either for fresh fish in Greece. I have to return, when they have scallops.